Controversy surrounding Sanjay Leela Bhansali’s film ‘Padmavati’ is overstretched not only from socio-political perspective but on legal footing as well, particularly when none of the so called interested parties responsible for creating, abating and instigating hooliganism has bother to verify the contents of the movie.

The so called ‘public protest‘, particularly led by Karni Sena of Rajasthan is primarily based on assumptions. Unsurprisingly, political parties leave no stone unturned to garner political mileage from the ongoing controversy, rather they take pride in fueling it.

Karni Sena and self-proclaimed religious leaders are busy in instigating disinterested innocent people to pursue ‘blood’ of Sanjay Leela Bhansali and Deepika Padukone for their alleged involvement in disrespecting Rani Padmavati, the Rajput queen of Chittor. On the other hand, film fraternity has shown unprecedented solidarity against illegal suppression of fundamental right of ‘speech and expression’.

The certification of the film is under consideration of the sectorial regulator, Censor Board of Film Certification (CBFC) and still pending with it. The State Governments of Gujarat, WB, Rajasthan, MP, Bihar, Punjab, UP etc. are taking ostensibly political stand by unilaterally banning the film in their respective state territories. I am not sure whether the Government authorities have actually seen the movie before proclaiming ban.

In the backdrop of pulls and pushes, the various interested parties are busy in furtherance of their respective vested interests at the cost of abysmal neglect of ‘public opinion’ which ought to be a fundamental aspect to decide appropriate course of action. Undoubtedly, the success or failure of any movie is contingent upon the acceptance or rejection by the patrons. Interestingly, all these ‘interested’ parties are claiming themselves as protector of public morality and public order without accounting for it.

The ‘interested’ parties are repeatedly approaching Hon’ble Supreme Court seeking an order to restrain film producers of Padmavati to release the film. The Apex Court repeatedly reprimanded the petitioners against pre-judging the movie without validating the contents thereof. The court further stated that there is a statutory body (CBFC) with necessary statutory powers to certify the film. CBFC may deny certification, if the contents of the film are in contravention of the guidelines of certification. Why do we require frequent intervention of the courts when there is a statutory body to regulate the public exhibition of films under the provisions of the Cinematograph Act 1952? The honorable Supreme Court precisely questioned the sanctity of persons occupying public office in pre-judging the movie when it is before the appropriate statutory body for necessary certification.

Film makers have fundamental right to express artistic talent in dramatic way as guaranteed by Article 19 of the Constitution. However, the freedom is not absolute per se. The state is justified in putting the reasonable restrictions and that’s the responsibility and duty of CBFC which has to balance the ‘freedom of expression’ and ‘reasonability’ of the contents of films on the truth stone of decency, morality and public order, including historical distortion of facts as claimed by certain sections of the society. 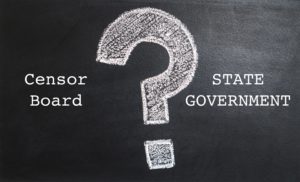 No other person or body has right to bypass the authority of the Censor Board. The unilateral ban on Padmavati few of our state governments is a classic example of undermining the lawful authority of statutory body. We must strive to establish progressive egalitarian society by upholding rule of law. Let’s uphold ‘reason’ as against ‘retaliation’.

(The author is Managing Partner of Pune based Law Firm)