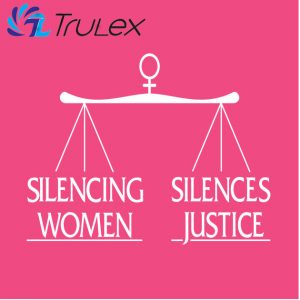 2018: The year of social transformation by Judicial Interpretation of ‘Right to Equality’ and ‘Right to Life’.

The year 2018 has witnessed many socio-legal changes in the nation with special reference to our judiciary which has contributed substantially to transform the social perspective towards woman’s right in general and ‘right to equality’ before law.

In today’s dynamics of socio-economic emancipation of the society, coupled with influx of social media accessibility, affordability and convenience, the citizens not only aware of their fundamental rights but also keen to exercise those at all social platforms fearlessly. This, of course, need safeguarding the collateral fundamental rights i.e. ‘Right to Privacy’ and ‘Right to Choice’.

The Apex court has contributed immensely by practicing the jurisprudence of Social Engineering, in letter and spirit, to transform the outlook and perspective of the society towards ‘Right to Life’ and ‘Right to Equality’by timely expanding its scope and ambit into the ‘Right to Privacy’ and ‘Right to Choose’ by promulgating three landmark judgments described below:

Fact: Kerala’s Sabarimala temple says on its website it allows people of all religions and castes to pray inside. The temple however restricts women’s entry inside the shrine. It is believed that Hindu God Ayyapa meditated in Sabarimala after killing the powerful demon Mahishi.  There are restrictions on the entry of women in the age group of 10 to 50 years in the shrine because the presiding deity Lord Ayyappa is considered to be a ‘naishtikabrahmachari’ (perennial celibate). Another mythology says that ‘Parasurama Maharshi’ uplifted Kerala from the sea by throwing his axe and installed the idol of Ayyappa at Sabarimala. The temple’s management says that women of menstruating age can’t be allowed on account of “purity”. This controversy began when Jayamala, a Kannada actor, claimed in 2006 that she had entered the sanctum sanctorum and touched the idol of the presiding deity in Sabarimala. With the incident leading to a storm, the Kerala government had then ordered a crime branch probe but the case was later dropped. The temple has witnessed two major stampedes that have claimed over 200 lives. On January 14, 1999, a stampede on the foothills of Sabarimala killed 53 and another 104 pilgrims died on Makara Jyothi Day at Sabarimala in 2011.This question of not letting women enter the premises of a temple considering them impure raised a big question on Equality of gender.

Ratio: Chief Justice of India Justice Deepak Misra -headed Constitution bench in a 4-1 majority verdict ruled that the temple customs are contravening the right to equality and right to worship. The only note of dissent came from the lone woman judge on the bench, Justice (Mrs.) Indu Malhotra. She opined that the constitutional morality in a secular polity, such as India, requires a ‘harmonization’ of various competing claims to fundamental rights. She said that the court must respect a religious denomination’s right to manage their internal affairs, regardless of whether their practices are rational or logical. 4:1 majority held that the practice violated the fundamental rights to equality, liberty and freedom of religion, Article 14, 15, 19(1), 21 and 25(1). It stuck down Rule 3(b) of the Kerala Hindu Places of Public Worship Act, as unconstitutional. Rule 3(b) allowed for Hindu Denominations to exclude women fro public places of worship, if the exclusion was based on ‘Custom’.

Comments: In Indian society still the women cannot be accepted as partners in search for divinity and spirituality. There is inequality on the path of approach to understand the divinity. The attribute of devotion to divinity cannot be subjected to the rigidity and stereotypes of gender. If seen lawfully the worshippers of Ayyappa do not constitute a separate religious denomination. They are labelled as Hindus who worship the idol Ayyappa. The exclusion of women from the temple effectively violates their right under Article 25. Article 25(1) protects the fundamental right of women between the ages of 10-50 years to enter the Sabarimala Temple and exercise their freedom of worship. Even after the Supreme Court’s decision people of this country are not ready to accept and give women equal rights. The women are still not allowed to enter the Sabarimala Temple and worship. Anyone not letting a women enter the temple will be held liable under Section 136 of the Indian Constitution.

Facts: A person’s sex is usually assigned at birth, but a relatively small group of persons may be born with bodies which incorporate both or certain aspects of both male and female physiology.

The eminence of identity has been luculently stated in National Legal Services Authority v. Union of India and others, popularly known as NALSA case, wherein the Court was dwelling upon the status of identity of the transgenders. Radhakrishnan, J., after referring to a number of judgments, opined that gender identity is one of the most fundamental aspects of life which refers to a person‘s intrinsic sense of being male, female or transgender or transsexual person.

In Suresh Koushal (supra), Court overturned the decision of the Delhi High Court in Naz Foundation (supra) thereby upholding the constitutionality of Section 377 IPC and stating a ground that the LGBT community comprised only a minuscule fraction of the total population and that the mere fact that the said Section was being misused is not a reflection of the vires of the Section. Such a view is constitutionally impermissible.

Ratio: In the landmark Judgment Supreme Court of India had struck down 157 year old law which criminalizes consensual homo sexual acts between adults. The Five Judge Bench has declared Section 377 IPC unconstitutional, insofar as it criminalises consensual sexual acts of adults in private. Chief Justice Dipak Misra said it is a unanimous verdict expressed through four separate but concurring judgments. As per the Judgment of CJI and Justice Khanwilkar Section 377 is unconstitutional, to the extent it criminalizes consensual sexual acts between adults, whether homosexual or heterosexual. However, bestiality will continue as an offence. The 2013 SC judgment in Suresh Kumar Koushal case was overturned by the Constitution Bench. The judgment of Chief Justice Dipak Misra and Justice Khanwilkar was emphatic in stating that constitutional rights cannot be dictated by majoritarian views and popular morality. Majoritarianism was held to be constitutionally

Comments: India took a progressive step towards accepting its citizens in the way they are.Every individual has a fundamental right to privacy, which is a part of the right to life, and sex in private. The right to privacy as part of right to life applies fully to LGBT Community also.Consensual sex between adults in a private space, which is not harmful to women and children, cannot be denied as it is a matter of individual’s choice.

Facts: In October 2017, Joseph Shine, a non-resident Keralite, filed public interest litigation under Article 32 of the Constitution. The petition challenged the constitutionality of the offence of adultery under Section 497 of the IPC read with Section 198(2) of the CrPC.

Section 497 IPC criminalised adultery by imposing culpability on a man who engages in sexual intercourse with another person’s wife.  Adultery was punishable with a maximum imprisonment of five years. Women, including consenting parties, were exempted from prosecution. Further, a married woman could not bring forth a complaint under Section 497 IPC when her husband engaged in sexual intercourse with an unmarried woman. This was in view of Section 198(2) of CrPC which specified how a complainant can file charges for offenses committed under Sections 497 and 498 IPC. Advocate Jayna Kothari, Executive Director of CLPR, represented the intervener Vimochana. She assailed the provision which categorised adultery as an offence by invoking the fundamental right to privacy, as recognised by the Supreme Court in Puttaswamy case. She argued that the right to intimate association is a facet of privacy which is protected under the Constitution.

Ratio: The Supreme Court has struck down 158 year old Section 497 of the Indian Penal Code, which criminalizes adultery, as unconstitutional. “Any provision of law affecting individual dignity and equality of women invites wrath of constitution. It’s time to say that husband is not the master of wife. Legal sovereignty of one sex over other sex is wrong”, said Chief Justice Misra from the judgment written for himself and Justice A M Khanwilkar. The judgment held Section 497 to be “manifestly arbitrary”. The judgement held that Section 497 violated a woman’s right to dignity, resulting in infringement of Article 21 of the Constitution of India. The judgment borrows from the findings of Justice Nariman’s judgment in Triple Talaq case. The Court however clarified that adultery will be a ground for divorce. It was also stated that if an act of adultery leads the aggrieved spouse to suicide, the adulterous partner could be prosecuted for abetment of suicide under Section 306 of the IPC.

Comments: Section 497 was unconstitutional as the very basis for criminalising adultery was the assumption that a woman is considered as the property of the husband and cannot have relations outside of marriage. The same restrictions, however, did not apply in case of the husband.  Section 497 violates right to privacy as well as liberty of women by discriminating against married women and perpetrating gender stereotypes.

Justice Deepak Mishra and his learned collegium have set the highest standards of progressive jurisprudence before the judiciary and legal fraternity. Are we geared up to match his expectation? Justice Mishra has recently passed the highest judicial baton to equally competent and outstanding jurist, Justice Ranjan Gogoi. The nation in general and legal luminaries in particular have enormous expectations from Justice Gogoi to carry forward the legendary legacy of rich heritage of ‘rule of law’, ‘equality before law’ and ‘equal protection of law’ set forth by the highest judicial office of the largest democracy of the world.

In 2019, we are sanguine that the Supreme Court of India under the leadership of Justice Gogai will continue to transform the society based on the jurisprudence of social engineering, particularly when ‘reservation mentality’ and ‘vote bank oriented politics’ read with 124th Constitutional Amendment Act, 2019 will come up before it’s judicial scrutiny. Make no mistake that the long pending Ram Janmabhumi Babari Mashjid matter, if adjudicated in accordance with transformational jurisprudence, will certainly be the landmark judgement for 2019 to set the foundation for casteless, classless and conflictless society, which is in absolute consonance with the supreme objective of the Constitution of India.